We set off after our last pick up in Wellington and head for Dartmoor, stopping on the outskirts of the National Park to enjoy Coffee, tea and cake mid morning. We then travel across the Beautiful moors and head to Princetown for a wander and photo opportunity. With our final stop of the day being Tavistock in the afternoon where you may choose to shop, have a late lunch or walk the footpaths beside the River Tavy.

All subject to the Great British Weather where things might be tweaked slightly! 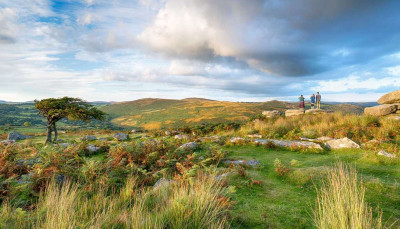 The historical Abergavenny Market is in the heart of the town and is always bustling with locals and visitors. The hall is famed for its decorations lovingly handcrafted by Peak in Crickhowell for the Abergavenny Food Festival. The General Market is held on Tuesday’s. 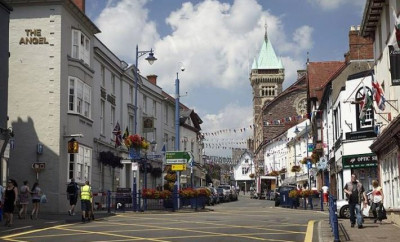 Greenway house and garden: ‘the loveliest place in the world’

This relaxed and atmospheric house is set in the 1950s, when Agatha and her family would spend summers and Christmases here with friends, relaxing by the river, playing croquet and clock golf, and reading her latest mystery to their guests. The family were great collectors, and the house is filled with an important and varied collection of ceramics, Tunbridgeware, silver, and books, including first editions of her novels. It is also home to archaeological artefacts acquired in the Middle East where Agatha accompanied her husband, archaeologist Max Mallowan on excavations. In the library a frieze was painted in 1944 when the house was requisitioned by the US Coastguards as part of the preparations for D-Day.

The Georgian house you see today was built in the late 18th century for a successful sea merchant, but there has been a house on this site for over 400 years. In the 16th century a Tudor mansion called Greenway Court was built for the Gilbert family who were leading soldiers and seafarers, who also received patents to establish colonies in Ireland, Newfoundland and Maine.

In the garden a large and romantic woodland drifts down the hillside towards the Dart estuary. The walled gardens are home to a restored peach house and vinery, as well as an allotment cared for by local school children. A visit to Greenway isn’t complete without seeing the Boathouse, scene of the crime in ‘Dead Man’s Folly’, and the battery complete with cannon.

Brixham is a stunningly beautiful harbourside town on South Devon’s beautiful English Riviera. Life here has always centred around the harbour, where heritage trawlers jostle for space with day boats heading out to sea for the day’s catch, bringing it home daily to Brixham’s famous Fish Market. Here, in the heart of England’s Seafood Coast, the freshest fish and most delicious seafood is on the menu everywhere.